Reading Queer: Poetry In A Time of Chaos, Anhinga Press, 2018

Reading Queer: Poetry in a Time of Chaos, edited by Neil de la Flor and Maureen Seaton, is a collection of the most subversive, gritty, moving, and courageous writing to come out of the U.S. queer community in recent political times. ”When we started to solicit material for the anthology in 2015,” says Seaton & de la Flor, ”we didn’t expect to compile a survival manual. Overnight, the work of these fifty poets became even more crucial. It became sacred.” Reading Queer: Poetry in a Time of Chaos brings the LGBTQI community together in the spirit and solidarity of poetry at its finest and fiercest. ”It is our gift to all conscious citizens. With love.” (Seaton & de la Flor). 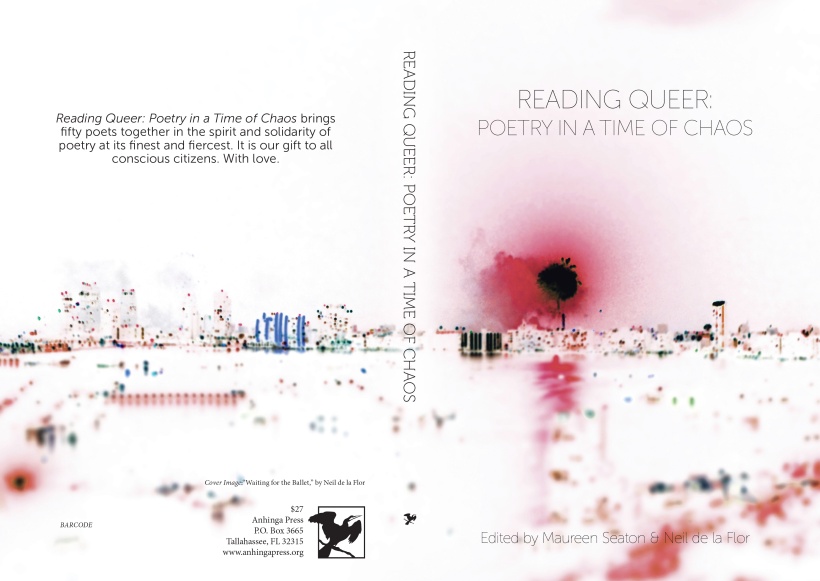 Poetry. LGBT Studies. “In An Elephant’s Memory of Blizzards, Neil de la Flor takes on the inefficacy of gendered and hetero-sexualized expectations in the modern age. As the poem ‘Shiva’ points out, ‘Somewhere between male and female, the soul lives unstirred by the memory of childhood // ….Somewhere between Terminal 2 and Terminal 3, the soul lives in a million humming humans who will pass through O’Hare in the third person.’ Inspired in part by music and popular culture, de la Flor employs a brilliant aesthetic sprawl that teems with anaphora and bright imagery; yet within that, there is a rigorous (and ultimately elegiac) interrogation of reality. Pronouns are not to be trusted. You and I can be as close as a spliced consciousness, yet the we is not a harmonious plural. Personalities divide. Alternative memories emerge. Love is a code for lust, one speaker claims, but these poems never settle for hormones and juices. This collection is fierce.” —Sandra Beasley 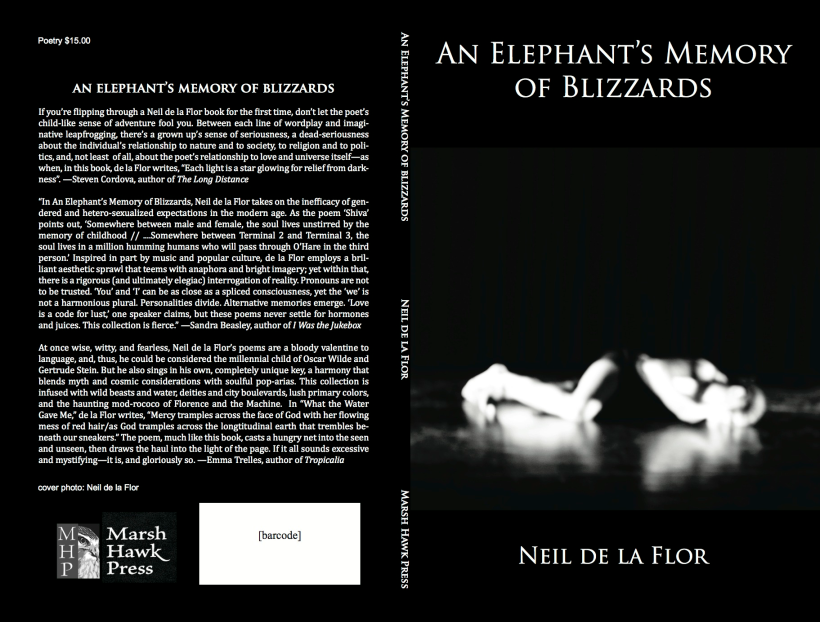 “The JackLeg Press Poetry Series Storming the genders of Americanismo with crossed fingers and sans rules, these poems contradict the text by adding values and filling out applications. Two voices and three voices are threaded to one and the resulting operatic tool digs up the shades of birds, mathematics, riots, and catastrophe. Experience a disturbing disintegration of authorial identity. Experience that identity reshape and reassemble as an intelligent chimera that stares you in the face with as many faces as you can imagine. — Natalija Grgorinic & Ognjen Raden When I interviewed these three authors about how they “did” it, that is to say, collaborate, it wasn’t like I received three sets of answers. Group mind groped, it was like talking to the tank.” — Terese Svoboda 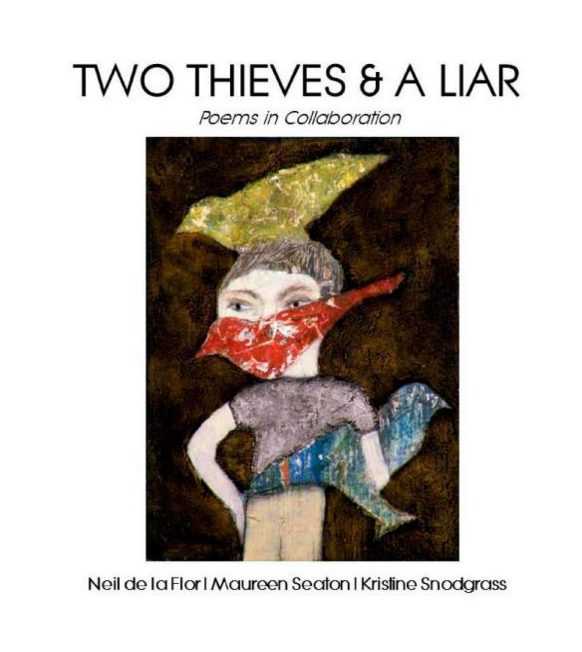 Sinéad O’Connor and her Coat of a Thousand Bluebirds, Firewheel Editions, 2011

Poetry. LGBT Studies. This book is not about Sinéad O’Connor or the gathering impulse of blue birds or the rotten plans of serge-robed men or Aunt Foxy’s potted peppers. Even we, its progenitors, will see this book on a shelf somewhere someday and think: Now we will learn all there is to learn about Sinéad O’Connor and her coat of a thousand bluebirds, having forgotten the way human beings forget the importance of remembering. But Sinéad will always remain the ethereal Sin‚ad, and the path to the shorn woman with the songbird’s throat will remain (un)regrettably undetectable.

This is a book about songs. Detectable as blue birds against a white wall against a memory board that contains the only record of Bette Davis moshing. It’s about Steve and Hector or impressions of them stumbling through storm weather. But it’s really not about them, or their teddy bears. It’s about our personal interior landscapes that fracture and wind around each other like a tornado winds around the wind. This book is about weathermen and pink-eyed women. And thermospheres. We have no idea what this book is about. Ask Sallie. 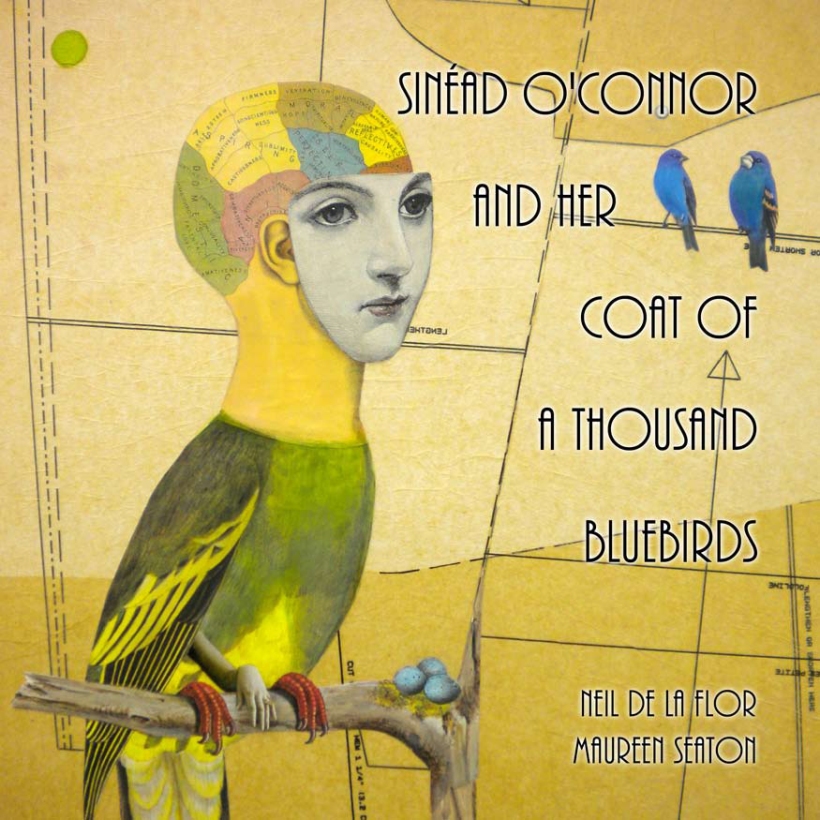 Poetry. Winner of the 2009 Marsh Hawk Poetry Prize. Praise from Forrest Gander, Contest Judge: “With a scenery-chewing imagination, deft linguistic cuts, slippery line breaks and disjointed or dehiscent narrative elements, Neil de la Flor abandons genre rules to explore gender roles, religion, domestic relations, science and history. The poems of ALMOST DOROTHY take place in spectacular leaps away from conventional patterns of development. They suggest a kind of super symmetry that links saints, elementary particles, two boys dressed for Halloween as Dorothy, and a butch Brazilian barman. Revisionary and anachronistic in its referencing and formally restless with its lyrics, lists, prose poems, definitions, and dramatic dialogues, ALMOST DOROTHY is the red-headed stepchild of Antony (without the Johnsons) and Jean Cocteau. Infusing poetry with theater, Neil de la Flor is at once bitingly original, funny, and uncompromising.” 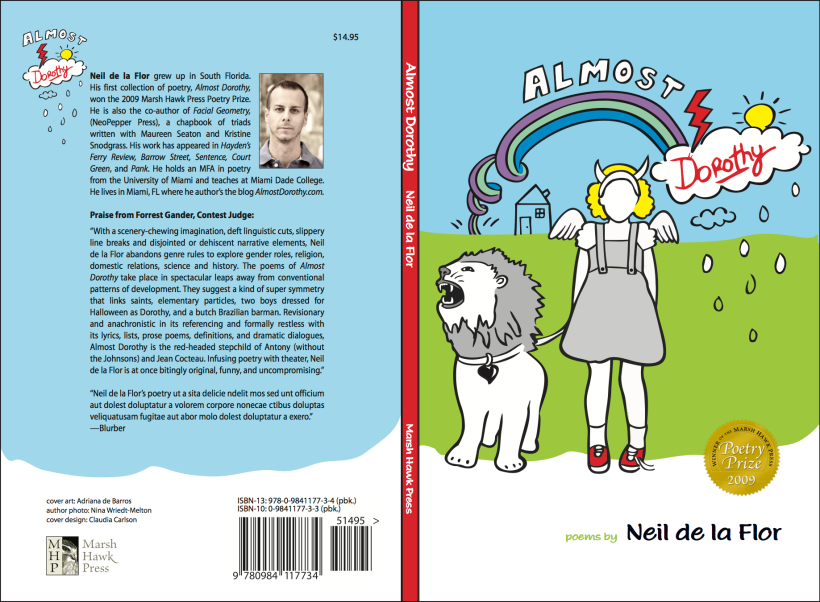 “A liteary equivalent of having a couple of friends over, Facial Geometry, co-authored by Neil de la Flor, Maureen Seaton and Kristine Snodgrass, is an invitation to run the gauntlet of hilarity where every word is a whip-sharp feather. Experience a disturbing disintegration of authorial identity. Experience that identity reshape and reassemble as an intelligent chimera that stares you in the face with as many faces as you can imagine.” ―NeoPepper Press

“The poets translate throughout the book, retooling the edge of cognition right up to the funny or sad, engage cheekbone to cathedral buttress, and infer that the DAR are playing too. No convulsive personal revelations here. The chapbook’s handsome three-eyed cover gives you the once-over at first glance. It won’t be your last. Besides, I haven’t even told you about ‘Planet Napkin’ or ‘The Pekinese Journal’.”―Terese Svoboda 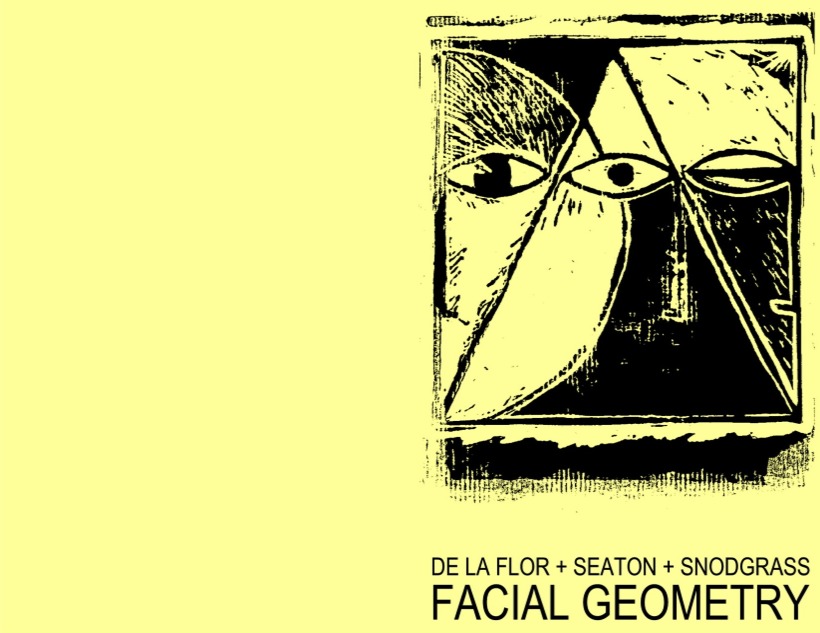